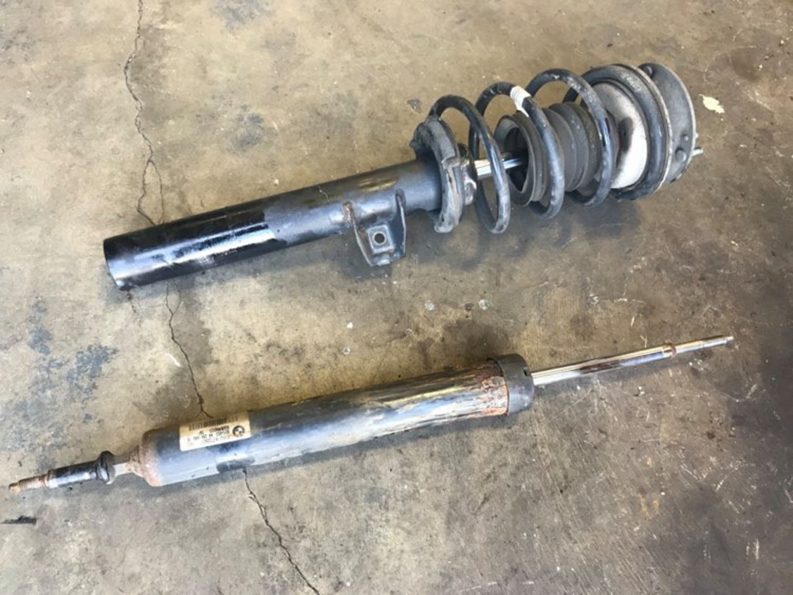 Every time your car hits a bump or a dip, it bounces.

Shocks and struts, which are part of the suspension, prevent it from continuing to do that as it travels down the road.

While working on a 2000 BMW, Brian noticed wetness around the shock and realized the shocks and struts were original to the car.

Rust had also built up on the shock.

The shocks and struts set up for each vehicle varies.

Most have a strut assembly — which is a shock and a spring combined — in the front. A lot of cars can have a strut or just a shock separately in the back.

The assembly connects to the car and the front wheels. The part that links with the wheels must be able to pivot as you turn.

There are a few signs you may notice when the shocks and struts need to be replaced.

They include a car making squeaking sounds or irregular tire wear patterns.

Another reason why you should replace your shocks and struts is it helps keep the tires in contact with the road, especially during an emergency situation when you want to have as much traction and control of the vehicle as possible.