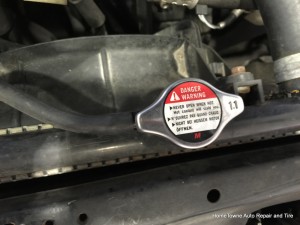 Have you ever seen the cartoon, where there’s a hole in the boat, and the character plugs the leak, only to have another one to pop up somewhere else? That’s how it can feel sometimes when it comes to handling your coolant system and leaks.

Let’s look at another example.

I have old copper piping in my home.  It’s under my unfinished house, exposed to all the elements; the cold, the heat – but protected overhead by my home.  In this case, water is constantly running through the pipe to supply my house with water. In the pipes, the water branches off in the pipes to all of the rooms in our home. This is much like you cooling system in your car, because it’s meant to divert heat away from your engine. It may be protected by the hood of your car and by the skid plates under the car, but all of it is still exposed to the elements.

One day, I discovered a leak in one of my pipes.  I fixed the pipe that was leaking.  Several months later, I noticed that my water pressure had gone down a bit. I looked underneath my house and discovered another leak. So what did I do?  I had to replace yet another pipe.  This has happened several times over the last decade or so until I finally got fed up with piecing this system back together and finally replaced all of my pipes with newer PVC and got rid of my decaying old copper pipes. This stopped the leaks. While it all appeared to be fine, the piping was rotting from the inside out where I couldn’t see it. 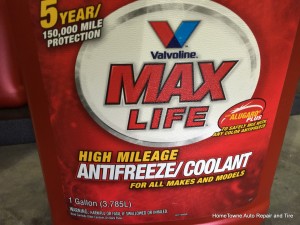 The situation I had is very similar to what goes on with your vehicle’s coolant system. With your cooling system, we recommend replacing most of your parts at the same time because sometimes once we have fixed a leak, and you have great pressure back in your system, it can cause another leak if there are other weak spots within your system.

In a recent case here at our shop, we had an older vehicle, where the coolant light kept coming on.  We pressure tested the system and could see no apparent leaks.  We even performed a head gasket leak test and it passed that test as well.  About every month or so, the customer would come back in and say her light was back on, we could tell that the fluid was slightly low and we would add coolant accordingly. We advised her to keep an eye on it, and once it became more frequent we would pressure test the system again to see if we could detect any further or larger leaks.

Finally after a few trips in, we were able to tell that there was a slight leak coming from the radiator cap.  We replaced the cap.  Time went on and the light came on yet again.  She returned again.  After another pressure test, we were able to discover a slight crack in the radiator where the plastic meets the metal radiator.  So at that point we replaced the radiator, the hoses and flushed the old fluid out and replaced it with new fluid.  Problem solved.

Why did we require the hoses to be replaced if the radiator was the culprit?  Well, once again, the hoses were most likely original, weakening from the inside out and with good pressure going through the entire system once again, we 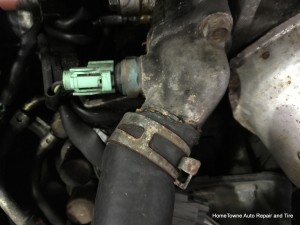 did not want her to return yet again with any further leaks.  So the best option was to replace the hoses as well to prevent this from happening.

The bottom line is sometimes it’s very difficult to track down a very small leak, and even more importantly once one leak is detected and fixed, and there is good pressure back in the system, it can often times cause other areas to leak where there are already existing weak spots. So if there’s an issue with your coolant system, then it may be time for a replacement.

Tech Tip: By servicing your coolant system on recommended intervals you can cut down on major repairs.  When coolant begins to break down it becomes acidic which causes radiator failure and leaks.  Acidic coolant equals corrosion to metal parts and causes deposits in your system which causes blockages and damages internal parts of your system which leads to costly repairs!