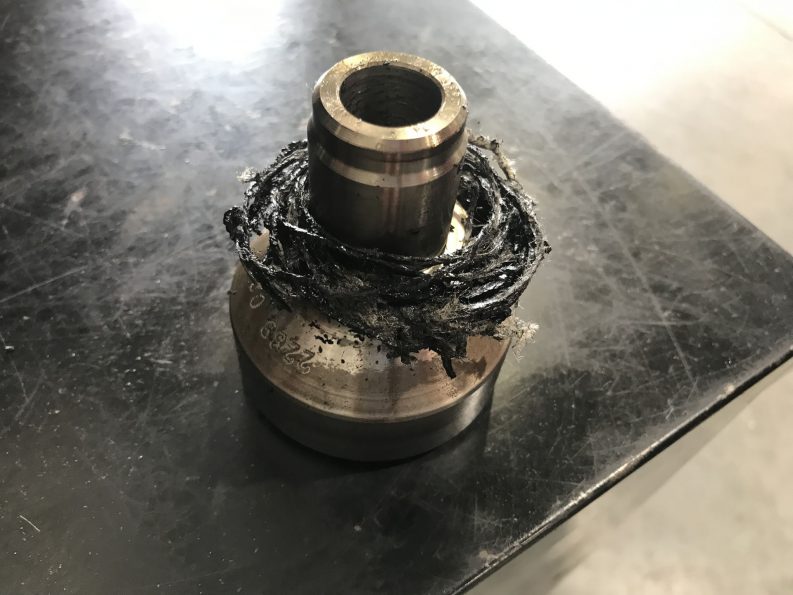 The driver of a 2009 BMW 535xi had an unexpected experience recently: his car stopped running in the middle of the road.

The culprit? A leaking oil filter housing that caused the serpentine belt to get caught in the engine.

Because of the leak, the serpentine belt — which surrounds parts of the engine — became soaked with oil.

It slipped off the pulleys, wrapped around the components, and began to fray.

Parts of the belt wrapped around the timing chain, throwing the car’s timing off.

It was also caught around the oil pan, which clogged up the oil pickup tube and prevented oil from entering the engine.

When the customer’s car stopped running, he cranked the car and a crunching metal sound could be heard in the front timing cover.

We knew that the timing chain needed to be replaced.

After removing the old timing chain and timing chain unit, our technician cleaned out material from the serpentine belt that had gotten into the timing cover.

New chains, a new tensioner and new bolts for the camshaft, sprockets and crankshaft were then installed.