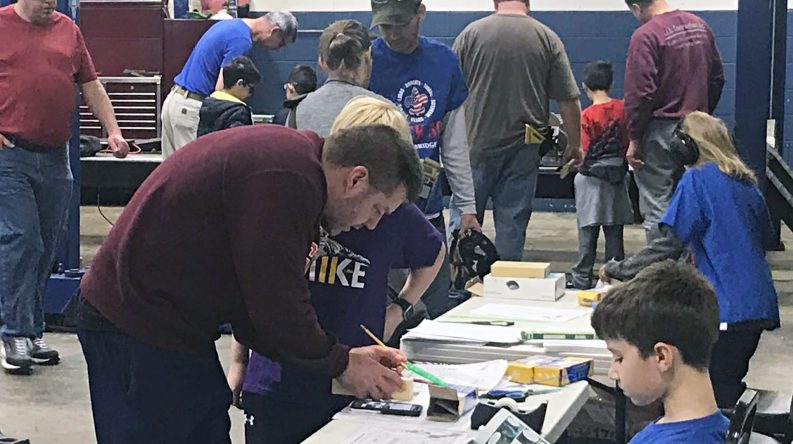 During the annual event, kids and their families created wooden cars that will be used in a competition on January 25.

The Pinewood Derby is beginning at 5 p.m. at Prince of Peace United Methodist Church, 6299 Token Forest Drive in Manassas.

Steve’s Auto Repair & Tire has been participating with pinewood derbies — through sponsorships and workshops — since 2014.

We believe that the scouting program is a very good program to support in the community. We started by sponsoring pinewood derbies and, over the years, we saw a need for the parents to be able to help their kids build pinewood derby cars. A lot of them live in apartments and townhomes and don’t have the necessary tools.

“One year, we found out that there was a scout that was not able to participate in the pinewood derby because they lived in an apartment and had no tools. That was one of the things we wanted to change — to give everyone an opportunity to participate,” Steve’s Auto Repair & Tire Owner ST Billingsley said. “As we did a little more research, we realized that was a common occurrence.”

Now that the pinewood derbies allow siblings to participate, it’s really fun to see the family building the cars together, including the girls — whether or not the girls are involved in the scouting program.