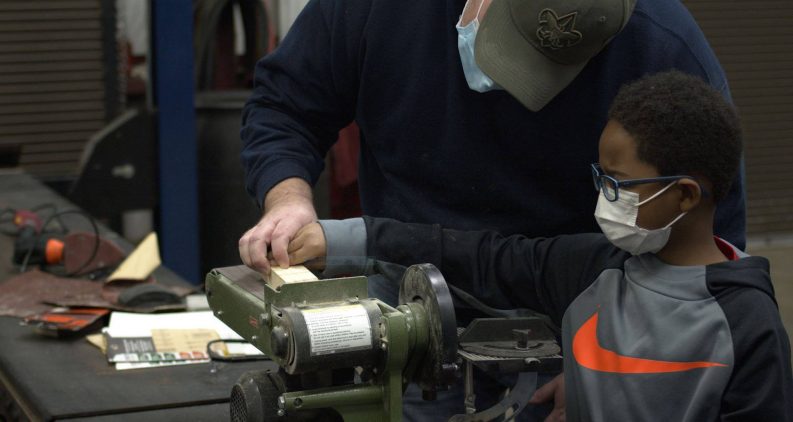 Members of the pack participated in a Pinewood Derby workshop on Saturday.

It was held at Steve’s Auto Repair & Tire, which is located at 2603 Hanco Center Drive in Woodbridge.

The repair shop began hosting the event a few years ago when its owners learned that some scouts and parents don’t have access to needed tools.

“We saw there was a need that we are able to meet,” Owner Scott Whitling explained. “The scouts are great organizations for youth, and we are happy to help them out in this way.”

Steve’s Auto Repair has been supporting the pinewood derbies since 2014.

For many years – even before the scouts were combined – we have seen girls building cars along with their brothers. The cub scouts had a sibling part of the Pinewood Derby, which enabled girls to participate. It has been really cool to see that.

The Pinewood Derby workshop is one way the repair shop gives back to the community.

We have learned that many scout packs have delayed their Pinewood Derby to May, due to the COVID-19 outbreak.