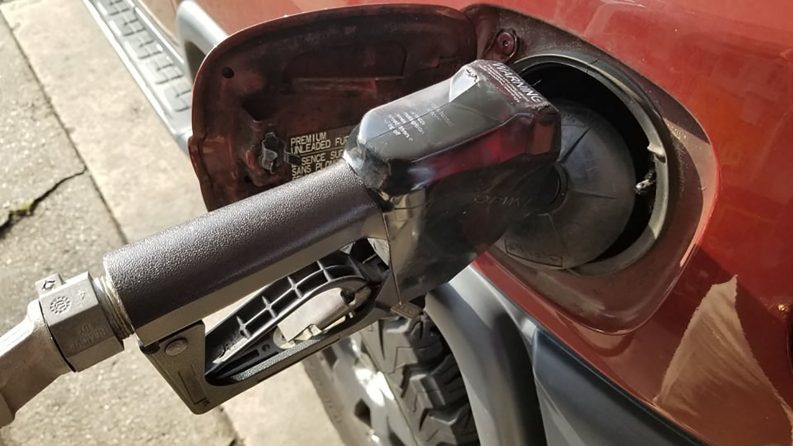 The fuel system on a vehicle is responsible for getting fuel to the engine, enabling the car to move.

Because of this critical role, taking care of the system is a necessary part of car maintenance.

Fuel doesn’t automatically make it to the engine as you’re filling up at the gas station.

There are several components that work together to ensure that it gets there.

How the fuel system works

When you get gas, the fuel enters the fuel tank. From there, it’s brought out by the fuel pump and transported along fuel lines to the filter and injectors.

The fuel filter keeps contaminants out of the fuel and fuel injectors feed it to the engine cylinders.

Overtime, the fuel system can experience various problems. Here are some common ones:

Fuel filter is blocked: The fuel filter becoming blocked is one fuel system problem. It may simply need to be changed.

Fuel injectors aren’t working correctly: One or multiple fuel injectors may need to be cleaned or replaced. Some indicators include rough idle, difficulty starting the vehicle, and an increase in the amount of fuel being used.

A variety of other fuel system issues can arise.

Some vehicles have transfer pumps, which can go bad and aren’t able to transfer to the main tank.

High pressure fuel pumps, which are found under the hood of certain vehicles, may also fail.

A few symptoms can pop up when there’s a fuel system problem.

If you smell fuel, you could have a leak. But when it comes to smelling the fuel, sometimes you only smell it when you first start the car or turn the heat or air conditioning on.

Sometimes, it may not be a big leak – like a fuel line – but the injectors could be seeping or a seal might be going bad, causing a little bit of fuel to leak. Trying to find those can be tricky and may mean that the vehicle needs to stay at a repair shop overnight.

Other symptoms of fuel system problems include rough running issues. If the fuel pump or fuel pressure regulator is failing, the fuel pressure may be too high. Generally, the pressure is too low if you have a bad fuel pump, and it will feel like the vehicle doesn’t have enough power. Computer controlled cars lack a fuel volume and pressure as drivers travel uphill, making it seem like the transmission is bad.

Bad fuel or gas that contains water can create some weird misfires. The water will collect in the tank, so when you turn a corner water may be sucked up and result in the engine running rough.

Fuel injectors not working correctly is another potential problem. They can become clogged or not be able to distribute the fuel right, leading to misfires and running issues.

Ways to maintain the fuel system

Upkeep on your vehicle can help you save money and avoid breaking down on the side of the road.

We recommend having a fuel induction service performed every 30,000 miles. Some manufacturers suggest it more often.

This service cleans out the fuel system and improves fuel economy. Other benefits include decreasing emissions and restoring lost power.

Depending on the type of vehicle you have, the fuel filter may need to be replaced on a regular basis. The ones that are serviceable are generally recommended to be changed every 30,000 miles.

Most filters nowadays are built into the fuel pump. Diesel vehicles typically need a new one every other oil change, depending on the diesel vehicle.