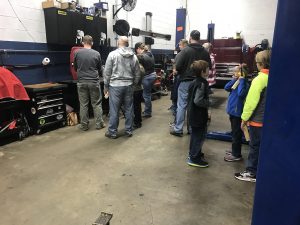 Dale City Cub Scout Pack 1189 took Steve’s up on their offer to provide space and tools for the Scouts to create their cars for the annual Pinewood Derby.

Each year, Scouts from all over the Occoquan district compete in the Pinewood Derby, racing cars that they’ve made with their units.

Around 50 Scouts and troop leaders gathered at Steve’s over the weekend to create their derby cars.

“It was about helping the kids get their cars cut out, using the tools we provided. The Cub Scout Pack Leaders came in and worked with the kids to get the cars cut out,” said Steve’s owner Scott Whitling.

Steve’s purchased equipment to help the Scouts make their cars and opened up the shop on the weekend to give them space for the project. 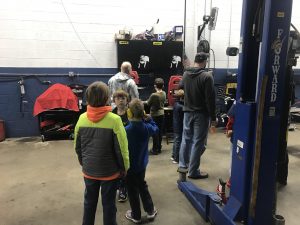 “I like it. What was cool was how the kids and parents appreciated us providing this for them. Because they actually came looking for me when they finished, to thank us for helping them out,” said Whitling.

At the end of the day, all of the Scouts came together to clean up the shop and took on leadership roles.

Steve’s plans on doing this again for the Boy Scouts and hopes they can help other units.