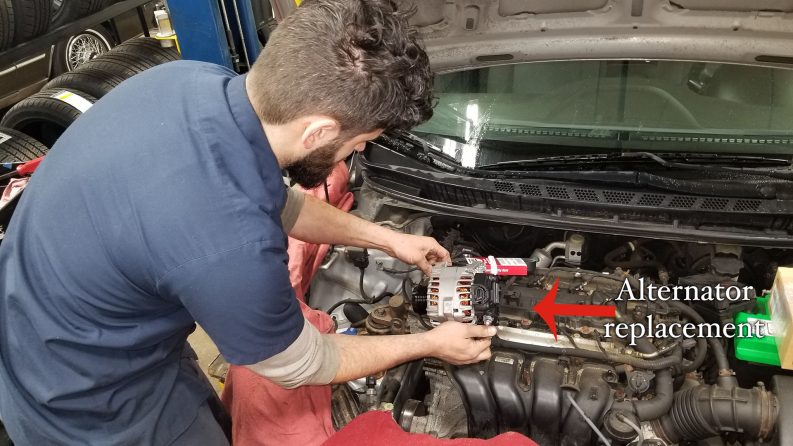 Common electrical problems on vehicles today can range from something as simple as a fuse being blown to a computer or charging system problem.

Some possible issues include:

Below is a more detailed explanation about each problem.

Having a malfunctioning or bad alternator is one possible culprit behind electrical problems. Alternators take on the electrical load of the vehicle. On a nice, sunny day, there may not be a lot of electrical power used. However, on a rainy or winter day, you’re running the heater, the wiper blades are going, the lights are on, and you’re using the power windows. That’s a lot of power. The alternator helps adjust how much power is needed and recharges the battery. Some hybrid vehicles have two batteries – one is the hybrid battery, which helps propel the car, and a 12 volt battery that runs 12 volt accessories.

Another common problem is if your cell phone or GPS stops working. With all of the accessory outlets – what used to be known as the cigarette lighter – when you start plugging four or five things into one outlet, that pulls a lot of power and can blow the fuse. Typically, you just have to check the fuse and fix it yourself. Take a look at the owner’s manual to figure out where the fuse block is and what fuse needs to be replaced. Or look it up on Google.

There may also be an issue with the throttle body, which is the flap that opens and lets air into the engine when you press the gas pedal. The one pictured above is electronically controlled, so it has everything from power and ground to a position sensor. These types of throttle bodies could also have a barometric pressure sensor, which tells the vehicle what the altitude of the car is – whether it’s at the beach or in the mountains. Depending on the make and model of the vehicle, there could also be a temperature sensor. 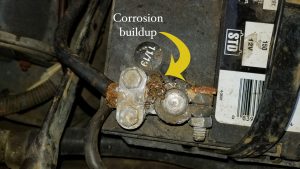 This photo shows a battery terminal that someone performed a quick repair on. Over a period of time, corrosion starts to build up. Copper doesn’t rust like iron rusts, but it does get a corrosion coating on it, making it difficult for electricity to get to the terminal. This can cause electrical issues and running issues. It’s even possible that your car won’t start or the starter may crank slow. That’s because it takes more power to travel through the corrosion than it does to go through a nice, neat terminal connection.

Car batteries don’t last forever. A battery’s lifespan depends on the type of battery, where it was made, and how it was designed. Generally, it can go 4 to 6 years before needing to be replaced. Vehicles with a lot of electrical accessories, such as safety lights or snow plows, or another feature used by work trucks, use a bit more power and could shorten the lifespan of the battery. If you travel on a lot of rough roads, the battery can bounce around, possibly disturbing the plates inside and impact how long it lasts. That’s why it’s important to ensure there is a secure battery hold down.