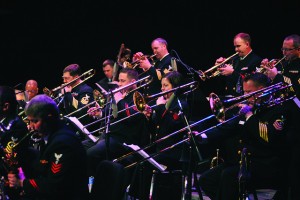 The U.S. Navy Band, The Commodores, will be playing at Leesylvania State Park’s Music at the Marina, sponsored by Steve’s Auto Repair & Tire.

Again this year, Steve’s Auto Repair & Tire has partnered with the Friends of Leesylvania State Park to sponsor the park’s Music at the Marina 2015 Summer Concert Series.

For Steve’s, the concert series is a fun and exciting way to give back to the community.

“We’re excited that we can give back to the community by sponsoring another great lineup for Leesylvania’s summer concert series,” said ST Billingsley, owner of Steve’s Auto Repair & Tire.

The musical performances begin this weekend on June 27, and run through the end of August.

On June 27, the U.S. Navy Band – The Commodores – will play jazz pieces based on the group’s roots, which date back to World War II. In addition to the musical performance, Leesylvania will have fireworks that can be seen over the Potomac River.

For the July 25 performance, local Stafford group – The Anthony James Band – will play pieces that feature Southern classic rock and the blues.

“We played [in the series] last year and it was a great venue. Very performer friendly and family friendly too,” said Anthony Band, the lead singer of the group.

And on August 29, the U.S. Army Band Downrange will be playing rock and patriotic tunes.

All of the performances are free, but there is a parking fee for the park.

The park is located at 2001 Daniel K. Ludwig Drive in Woodbridge.

Come Join Steve’s Auto Repair and Tire
at Leesylvania State Park for
Music at the Marina on June 28th, 2014 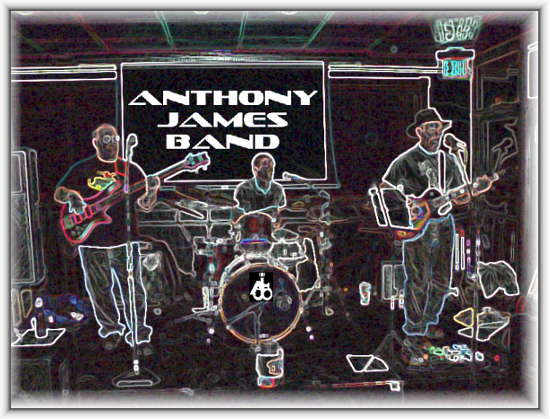 Music at the Marina is back at Leesylvania State Park celebrating its 25th anniversary Saturday, June 28th from 7:00pm – 8:30pm.

Bring a blanket and enjoy the Anthony James Band playing a mix of southern class rock and blues
on the banks of the Potomac River. Take the kids by to visit the Prince William Fire Department, learn more about what the Red Cross does in your community and end the evening with a bang watching a spectacular fireworks show over the Potomac. It will be a day filled with fun for the whole family.

The event is free, but there is a $5 parking fee per car.
See you there!

Event will be held at:

Music at the Marina is Back with Navy Band Country Current! 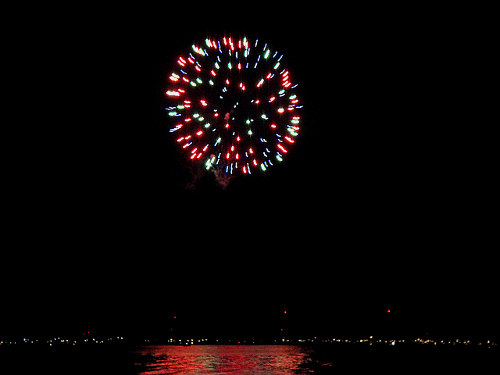 Music at the Marina June 29, 2013 at Leesylvania State Park
Stay a little later to watch the fireworks over the Potomac River!
END_OF_DOCUMENT_TOKEN_TO_BE_REPLACED

Come Down to Leesylvania State Park for Music at the Marina! 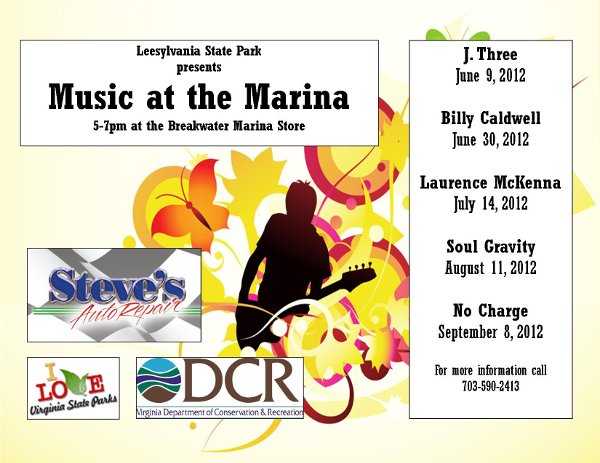