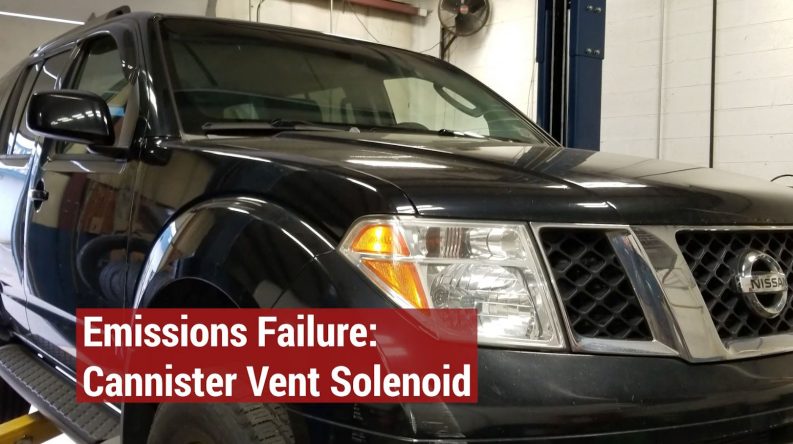 They also expressed concerns about how gas pumps would click off while they were pumping gas.

After we hooked up the computer to the car, a few codes appeared — one of them was related to the canister vent solenoid.

The evaporative system on today’s cars collect the gas fumes and then the computer will control the release of the fumes into the engine. They will be burned while driving, preventing them from going into the air and harming the environment. There are electronic systems on here that can fail over time.

The canister vent solenoid failing is a common issue found in Nissans. When it isn’t working properly, it won’t open as it should. So, when you get gas, it doesn’t allow the air to escape while you’re filling up. This will extend the time you spend at the gas station.

To do the testing, you have to remove the fender well on the left rear of the vehicle to verify that the solenoids aren’t working. Since this is a place that gets a lot of water, other metal components, including brackets and wiring, rust. We have found that it’s better to replace the evaporative charcoal canister with the solenoids.

After clearing the codes, we go for a test drive, reset the monitors to make sure the vehicle is fixed, and everyone is happy.