Transmissions play an important role in making sure your vehicle runs properly.

The transmission will take the power from the engine and move it to the wheels.

They used to be three-speed. Now, it’s common to have four and five-speed transmissions. Some cars have up to seven gears.

A new manual transmission was installed in a Ford Fiesta.

The driver had noticed that it switched out of gear when they moved from a stoplight in first gear. They needed to hold it in gear until the vehicle picked up enough speed.

Typically, a grinding or crunching sound can be heard if a car needs a new manual transmission. It may also be difficult to switch gears.

However, these symptoms don’t necessarily indicate that something is wrong with your transmission. They could also mean that your clutch is going bad.

In addition to gaining a new transmission, the Ford Fiesta received a new clutch and flywheel.

The clutch disc links the transmission with the engine by engaging the flywheel and pressure plate.

When you press in the clutch pedal, it disengages the clutch disc from the flywheel.

When you release the clutch pedal after switching gears, the pressure plate engages the clutch disc engaging the flywheel.

Driving styles can impact the lifespan of a transmission.

Some cars can go thousands of miles before they need a new one. They can go bad within weeks if you don’t know how to drive the car correctly.

Last weekend the entire area was pelted with more than a foot of snow, with up to almost three feet in some places! Even though the snow has stopped and you’ve managed to dig out your driveway to get back on the roads, you may be experiencing some car issues following the storm.

Here are some common problems that our technicians at Steve’s Auto Repair & Tire has seen following the blizzard, that you should get checked out as soon as possible:

The storm may have kept you from going out, but don’t let vehicle issues stop you too. Our technicians and service advisers at Steve’s Auto Repair & Tire can inspect your vehicle to make sure that everything’s in working order, and get you safely back out on the road this winter. 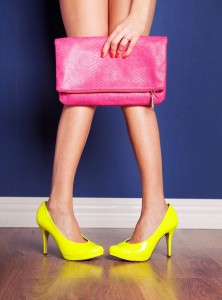 There are many things in life that can never be too hot, maybe it’s that new dress you bought or the sauce you prepared for your famous nachos. But, some things CAN be too hot, like your engine or your transmission and that can cause serious (and expensive problems).